Ayutthaya has temple ruins, lots of them, and they are some of the most magnificent in Thailand. Awarded UNESCO world heritage status in 1991, it was the second Siamese capital after Sukhothai. Ayutthaya offers a change in pace from Bangkok, as it is basically a sleepy country town. Having been here as a family in 2010 (gosh 8 yrs already) we thought a return trip would be nice. Check out previous visit here. https://heretoeverywhere.blog/2010/06/15/thailand-dodging-the-inevitable/

We decided to go by train, our usual choice of transport when we’re here. The scenery is nice and cruising along with the windows open, watching life pass by can’t be beaten. Trains depart several times a day from Bangkok’s Hualamphong station, with tickets for 3rd class costing us a grand 11 baht (AUD45c) each. No booking in advance for this class, just turn up on the day.

Although they are plentiful near town, it can be hard to flag down a tuk tuk or a taxi once you get outside the main areas. We certainly found this out! Saturday night 9pm not a tuktuk to be found anywhere! Guess we’re walking….

For visiting the temples it is best to hire a tuk tuk for the day and agree on a price beforehand, so that you will not have to haggle every time you need a ride. It is commonly 200 baht/hr and you can then go where you would like – just show your tuk tuk driver on the map. We did it this way and it ended up being 1000 baht ($40AUD) for a 5hr day. To be honest this was a lot of temple viewing and you may find yourself “templed out” 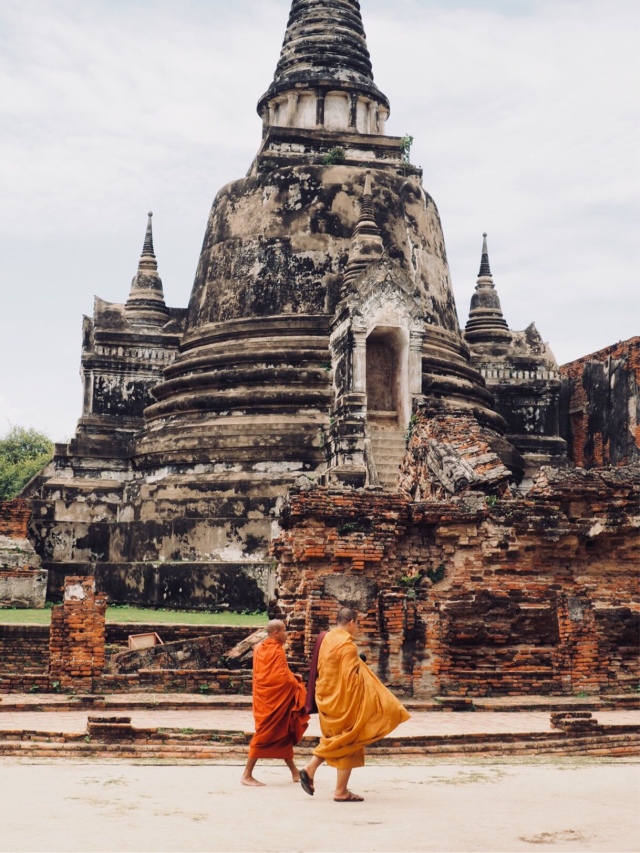 Wat Yai Chai Mang Khon is one of the lesser ‘farang’ visited temple sites in the city. There are magnificent rows of Buddhas encompassing the main temple here, and another giant and imposing sleeping Buddha, we saw many locals rubbing coins on the feet of the statue in order to be blessed with good luck. There are towers around the site in various states of preservation, and stunning gold leaf statues inside the temple. 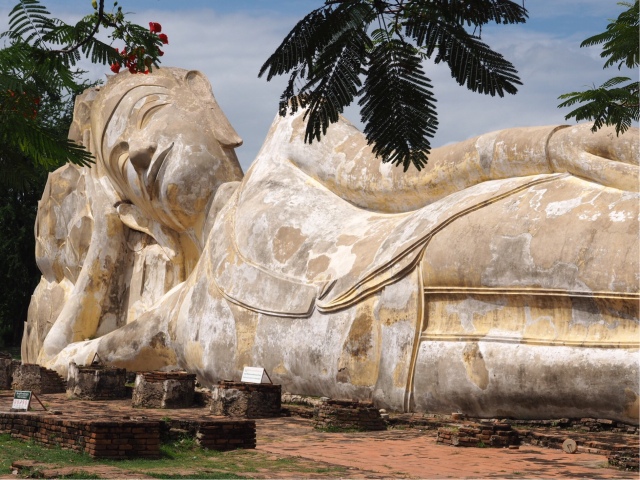 Wat Lokaya Sutha (Temple of the Reclining Buddha) is the restored ruin of a monastery located in northwest Ayutthaya, in the Pratu Chai sub-district. A bit further out it is less visited, however it is arguably one of the most impressive sites in the region. The highlight of this ruin is the enormous reclining Buddha statue, 42 meters high and eight meters wide. On our visit 8 yrs ago we basically had the monument to ourselves. Where once offerings of gold leaf were placed on the reclining Buddha, that practice has ceased due to preservation of the statue. 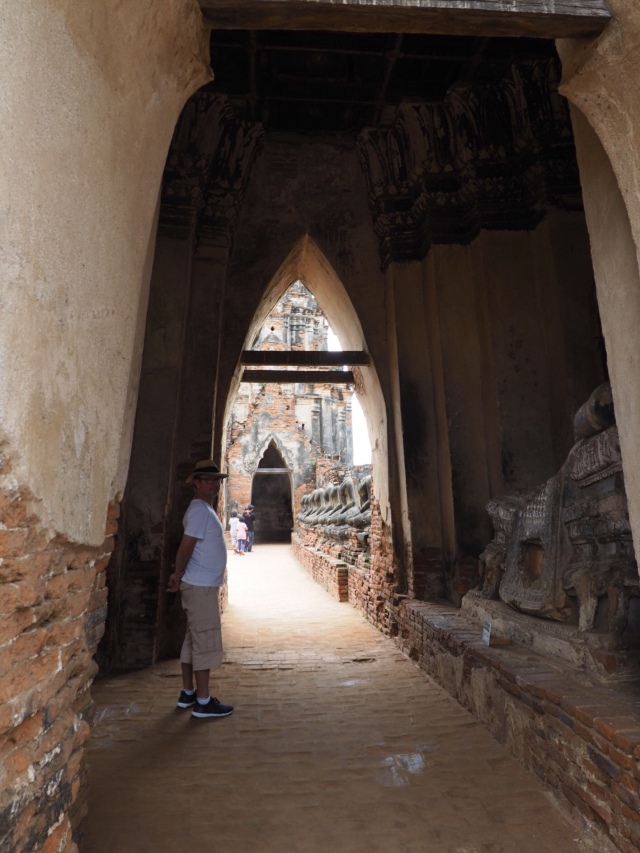 Next stop, one of the most photographed spots in Ayutthaya, Wat Phra Mahthat, is comprised of a large stone Buddha head set in a large, deep-rooted fig tree. Exactly how the head got here is unclear, however it is thought to be linked to the immense flooding of previous years, and the rapid vegetation growth which ensued. Although a popular and interesting anecdote when visiting the attraction, told often by guides around the area is of two brothers who fought violently over who would succeed as the King of Siam, and this is an image of the defeated brother.

Like Loading...
Gallery | This entry was posted in South East Asia, Thailand, Travelling with Children. Bookmark the permalink.