Today we visited Disney’s biggest international park. The reason I decided to go to this one and not wait till Hong Kong is because they have many more rides than Hong Kong Disneyland, especially for older kids. I had found out that the park’s capacity is 40,000 people a day, who will all compete for space and rides in the 3.9 square kilometre resort. So with elbows at the ready, we were setting expectations high and desperately hoping to maybe get on two rides! The ticket for the day cost 499RMB or $100 AUD and I had purchased it online over a month beforehand, knowing that it would be Chinese summer school holidays and that they frequently sell out ahead of time. Despite the most ridiculous queues, we were inside the park just before 9:00am which was the official opening time, but obviously it’s a loose time as the park was packed already!

We hot tailed it to Tomorrowland to get our first fast pass. These are like Willy Wonka’s golden tickets, as they supposedly let you cut the line. Effectively what it does is put you in the shorter queue!  There was lots of relentless pushing with people, at times, being quite rude and aggressive, but we were quite familiar with this now, and had developed tactics. Although at times you just had to take a deep breath and in the words of Elsa “Let it go”. Finally with fast passes for 12pm, we went to discover Star Wars and Buzz light year. 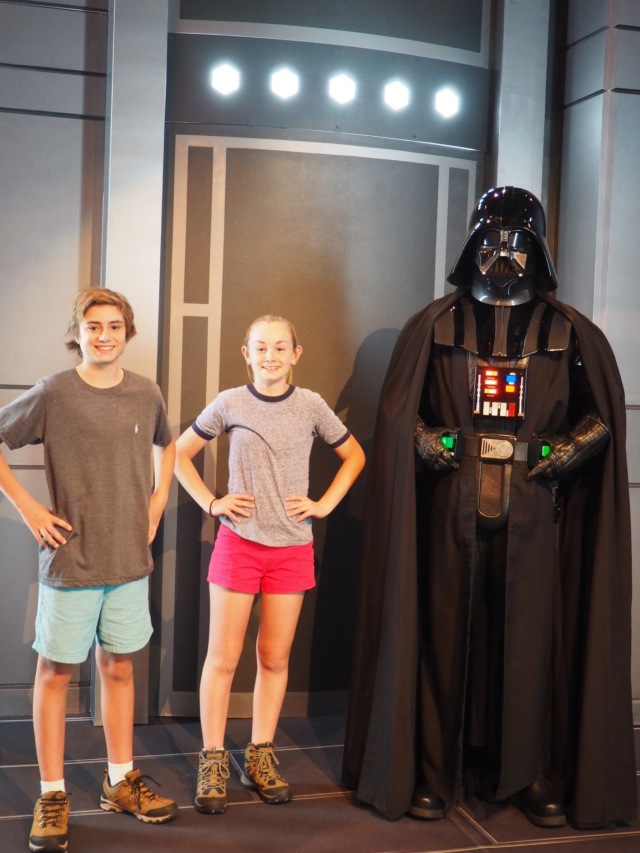 Star Wars is apparently not as popular in China as it is elsewhere, as this was the only part of the park that was completely void of queues! 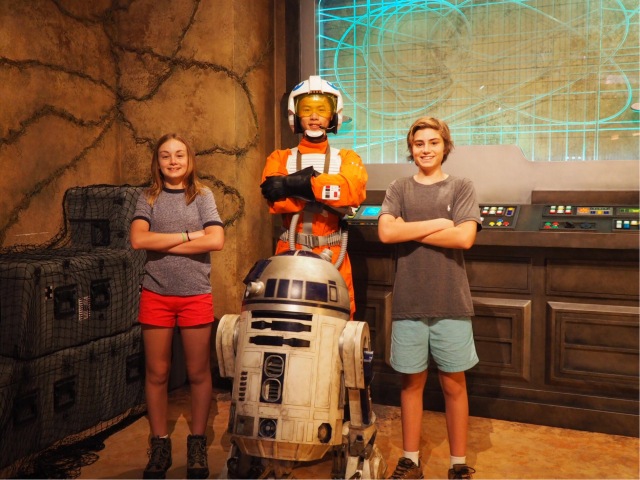 Then it was time for the Tron Lightcycle Power Run vehicle -it’s very weird to be on a roller coaster whilst sitting on a “bike” and leaning forward but we loved it, it was definitely a highlight of the day! Top tip is ask for the front row – you won’t regret it, particularly at take off!

One ride that’s particularly amazing is the new Pirates of the Caribbean. The technology that’s employed there is phenomenal. We were lucky to experience this ride, after an hour and a half wait in stifling heat underground, as it broke down later in the day, and queues of people were turned away. I think I would have actually cried! Just knowing the ordeal of waiting …… with queues being so extremely long in such hot humid weather. We took the advice of others before us and managed to grab seats at the front of the boat in order be fully immersed in the land of Jack Sparrow. 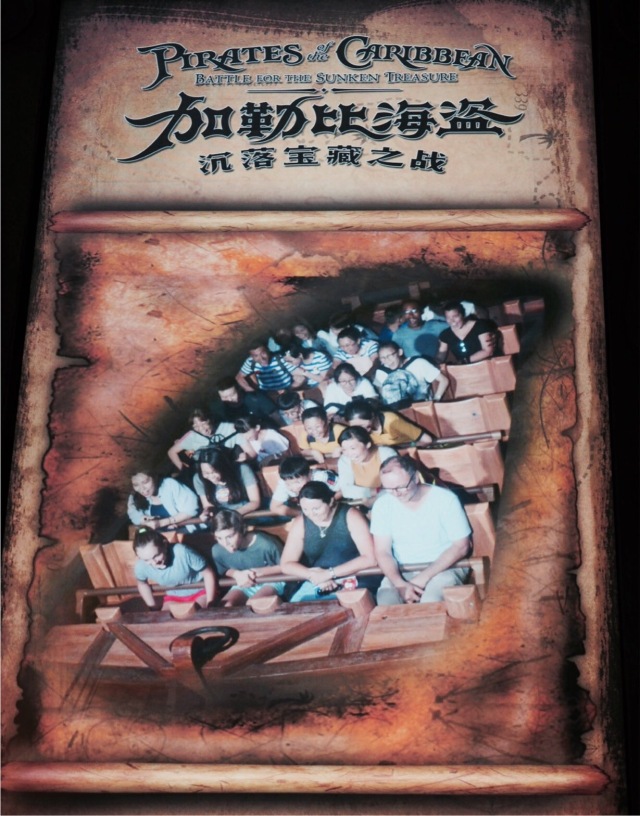 On a side note, we have never seen so many matching outfits as we saw on our day out at Shanghai Disneyland, so much so that I have been threatening that we might do the same! From mother daughter outfits to whole matching families, including grandma. We also enjoyed spending time in queues reading people’s tshirts, with many translation fails giving us some laughs. 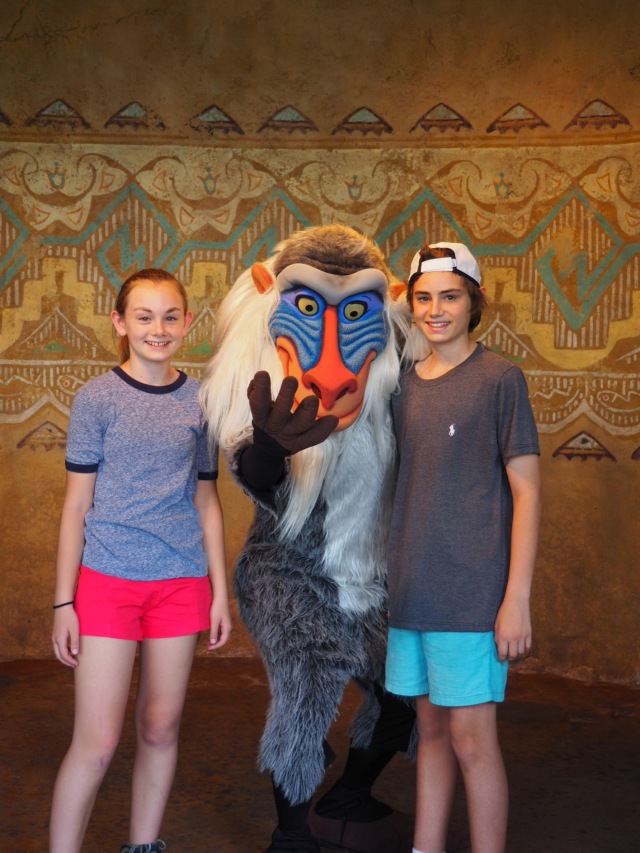 The kids next required stop was Camp Discovery. This is Disney’s first foray into an obstacle course complete with a swing bridge over a waterfall and great views of the park. We took a moment to rest and left the kids to tackle this one alone.

Finally, we queued for over an hour for one of the original classic Disney theme park attractions, Peter Pan’s Flight. The indoor ride allows you to fly around above the city of London viewing the escapades of Peter Pan, Wendy and Michael, however it was a bit tame following the other adrenaline fuelled rides.

We managed a whole lot more rides than expected on our day out at Disneyland, but even the cheerfully enthusiastic Disney employees couldn’t reduce the pain of the crowds and queues we experienced.

Like Loading...
This entry was posted in China, Disneyland, Family Outings, School Holidays, Shanghai, Travelling with Children. Bookmark the permalink.