Xi’an is a large city and capital of Shaanxi Province in central China.Visiting the Terracotta Warriors Museum was the main reason for our trip to Xian. Our first venture into town started with a visit to the bell and drum towers located in the centre of the city. In Chinese Ming Dynasty history, each city had a bell tower and a drum tower. The bell was sounded at dawn and the drum at dusk each day. These 2 buildings connect the four roads from East, South, West and North within the city wall. The views of the city and surrounds are fantastic for getting your bearings. 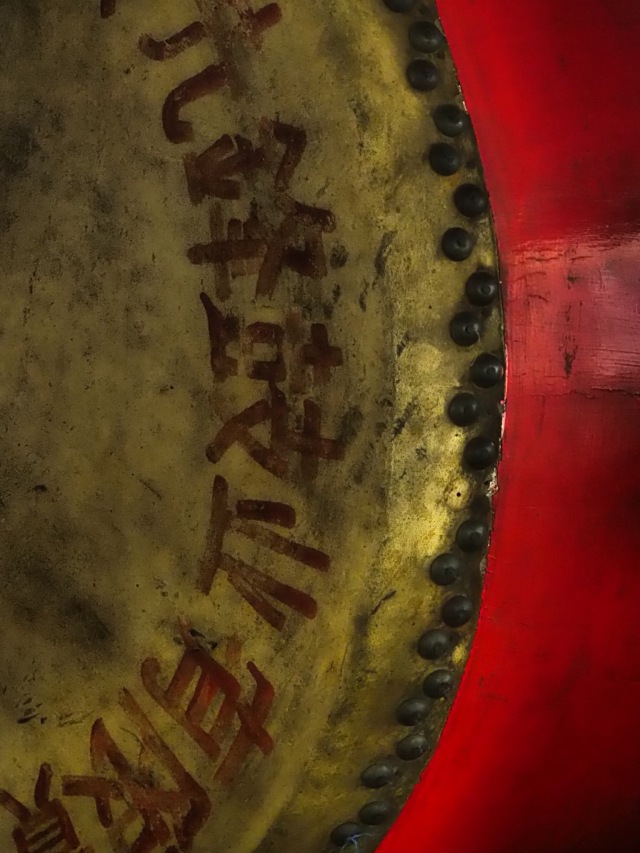 Xian has the most complete city wall existing in China. It stands 12 metres tall and covers 14 kilometers in length with a deep moat surrounding it. We decided the best way to circumvent the wall was to rent bikes and cycle the wall. Whose brilliant idea was that when it was 40°c and on tandems! 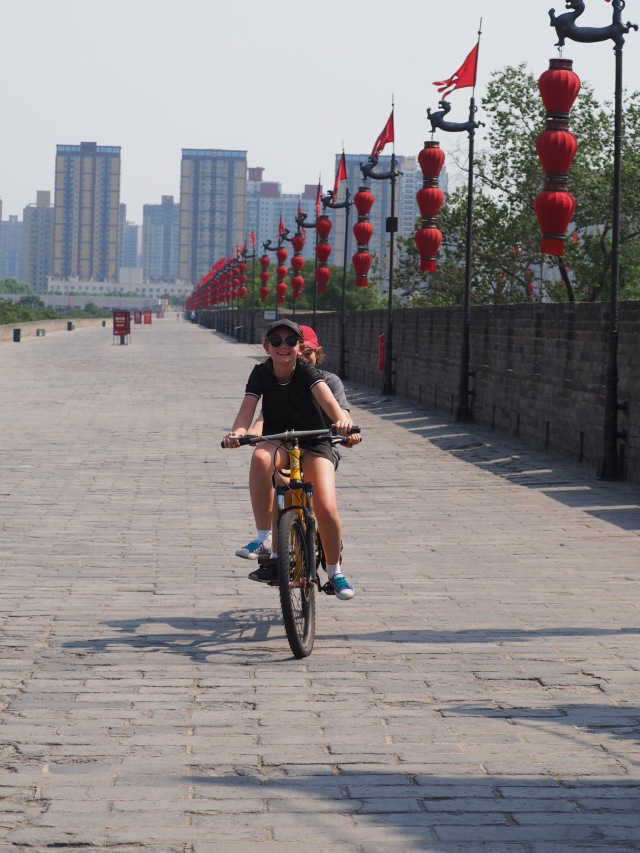 The Muslin Quarter was a great part of the city, especially in the evening, when the whole place lights up. The streets are narrow, lively and noisy, absolutely packed with people, vendors, and delicious street food. Go to Beiyuanmen Street behind the Drum Tower – this is where the action is. 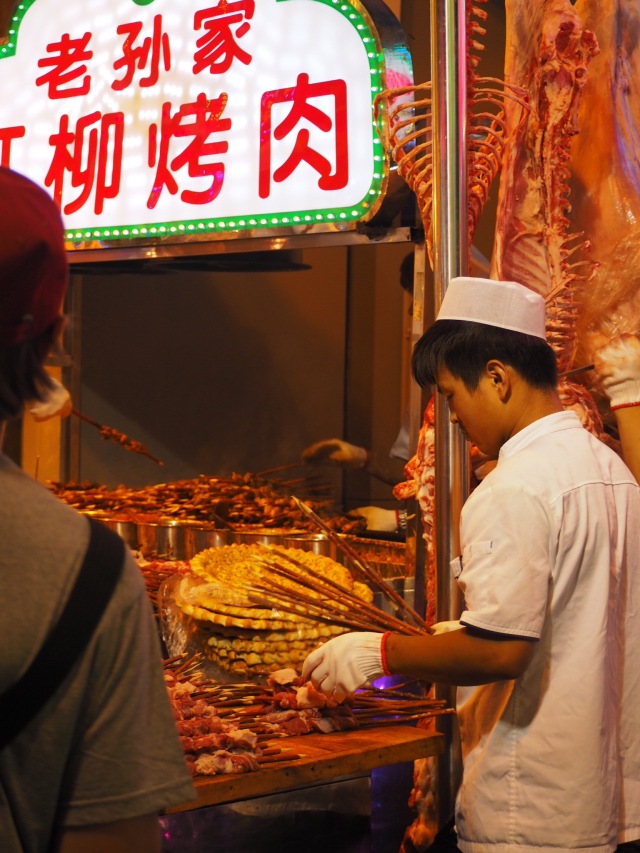 Robin found a favourite for the evening – roujiamo, which is corned beef stuffed inside a freshly baked bun. That along with the Kao Rou which are everywhere in the Muslim Quarter. Around 5rmb a stick, the beef and lamb is cooked over charcoal. Finger food at its best. Jemima and I tried the other famous snack Persimmon cake – sticky and sweet flavoured by rose petals and honey, forgoing the chicken feet as we’d had our fill of those in Chengsha. 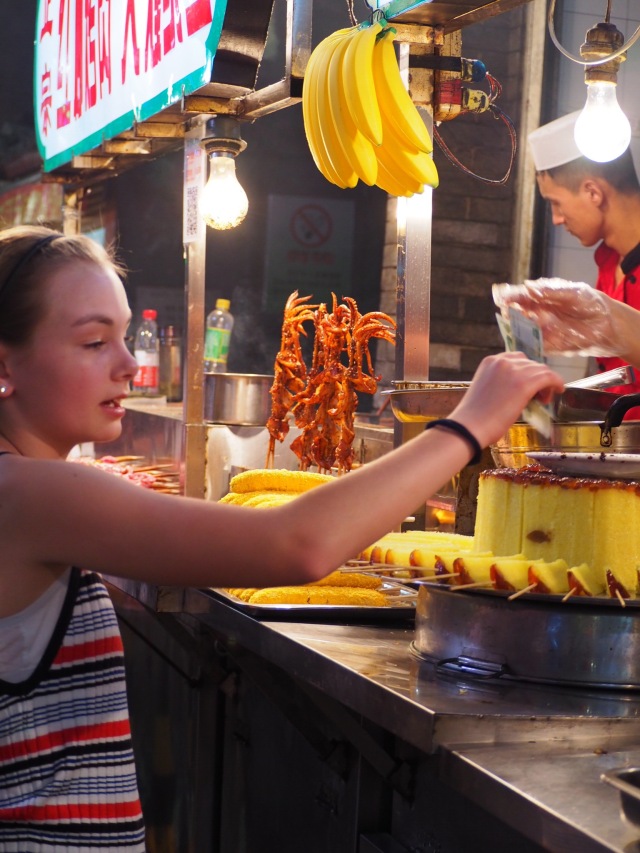 For day 2 we had arranged a day trip to see the Terra-Cotta Warriors. The original site was found by a local farmer digging a well in 1974.  The army of Terra-Cotta Warriors were supposed to safeguard China’s first emperor – Qin Shihuang in his afterlife, and the whole area stretches over 3 large pits. 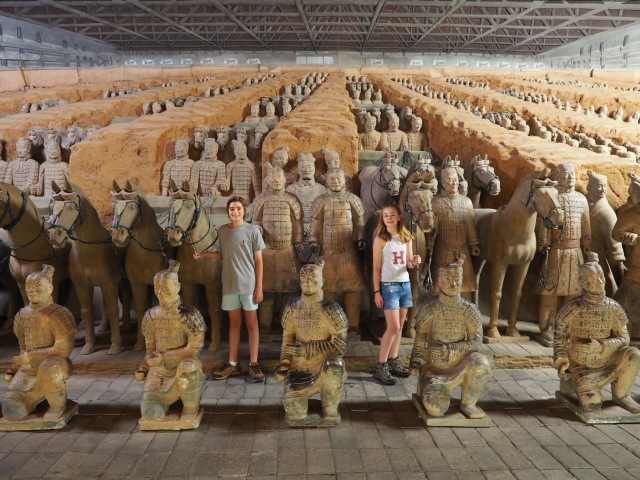 We finished with a visit to his tomb. It is said that his tomb has an anti-gravedigging system including secret crossbows and a large amount of mercury making it toxic around the tomb. Really it’s just a mound of dirt in the middle of nowhere! If your short on time I would say it’s safe to give it a miss!