We managed to get ourselves a relatively cheap ride to Hua Hin from Kanchanaburi, saving ourselves at least 6 hrs on the train. Which gave us 1/2 a day more to explore Hua Hin. After a short stop for drug testing – driver’s behalf not ours! We arrived in time for lunch. 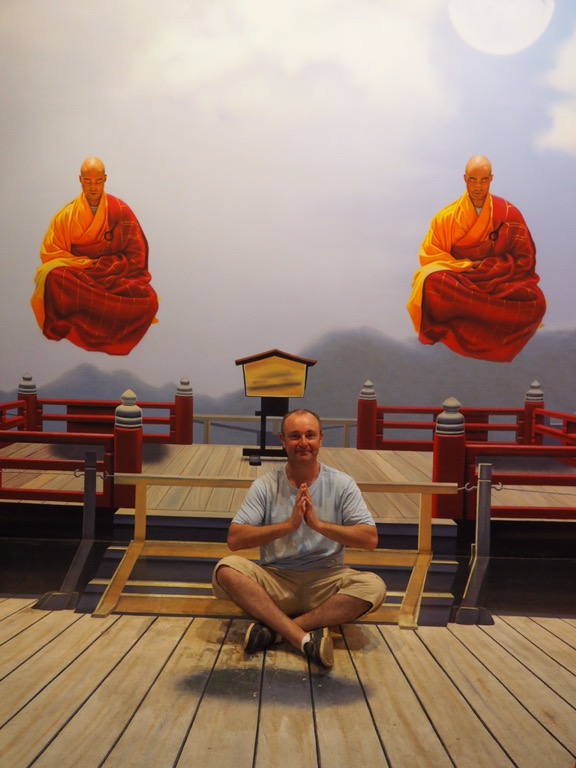 Hua Hin is very commercialised, and is expat retiree central. Jemima and I saw one to many pairs of socks and sandals for our liking! Once you get out of the city centre however, the charm of the place is more obvious and it returns to being a rural beachside town close to Bangkok. This won’t be visible for much longer as there is condo after condo being erected down the coast spreading the city centre further. A large shopping mall with all the top brands will soon be finished further eroding the quaintness that once existed. 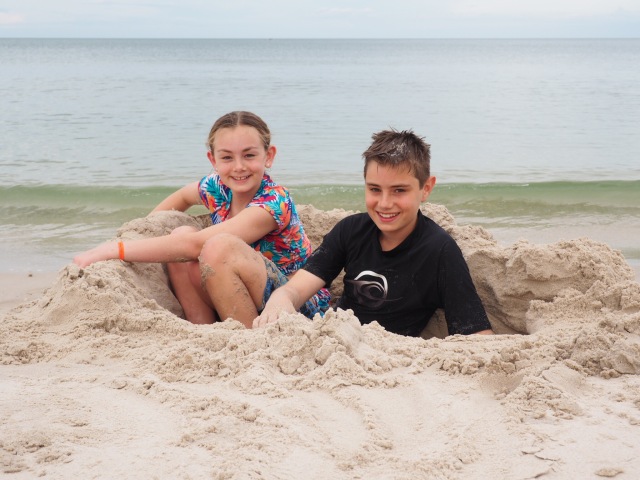 We got out to explore the town – first stop beach! It was only 1 minute away from where we were staying so we were able to spend the afternoon there. It’s a relatively long beach, nice for walking, but as far as beaches in Thailand go it’s not the most picturesque.

Khao Tiab which literally means chopstick hill, was next on the list. The geography of Khao Takiab is quite simple a main road runs through the center of a small village with the hill dominating the coastline with beaches on either side. There are numerous temples, rustic local restaurants, and a fishing village. It is overrun by monkeys, that are feral enough that they are kept away from visitors by the monks firing sling shots at them – being Buddhist no stones are used, it’s just the noise of the rubber band that scares them away. 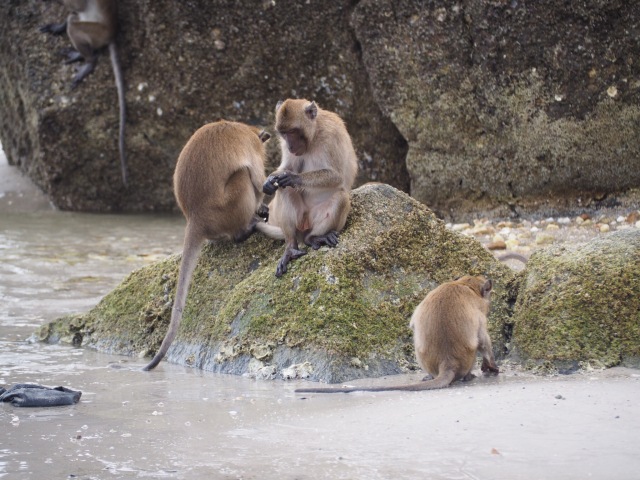 The night market was our stop for dinner – with all the delicious seafood on offer here, it was definitely our first choice! Definitely our most expensive meal this trip, it came to a whopping $76 AUD for the 4 of us. With both kids eating the equivalent of adults these days it gets expensive! 😂 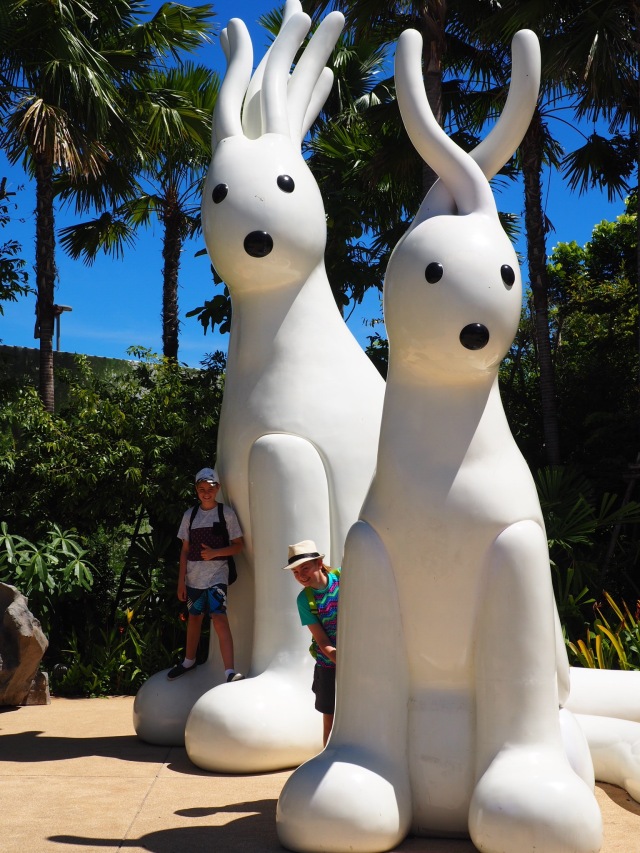 We had a day at the newly opened Nava Vana – Asia’s first water jungle. It was great fun and some heart stopping moments were had, particularly when you become airborne in a giant tube!

The kids had a great time learning to surf and wave board, with the instructors teaching them tricks. With no queues at the park, we pretty much had the run of the place. 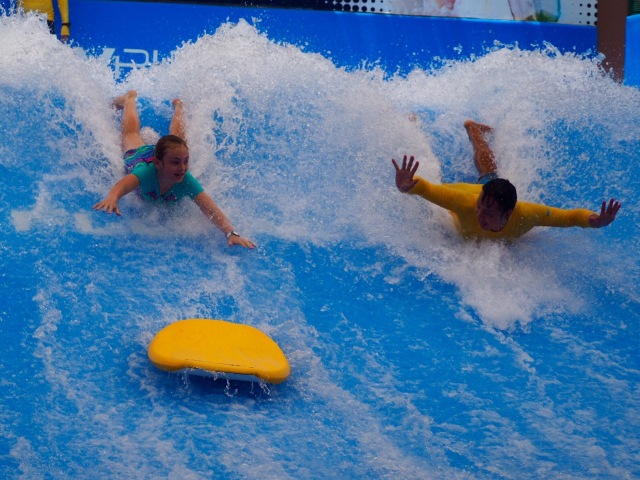 We had a whole evening to wander the Cicada Market, as we didn’t board the night train to Surit Thani until 11.30pm, so we spent the evening listening to Thai rock, trying the amazing choice of local street food (it wouldn’t be a market in Thailand without readymade snacks) and browsing the local handicrafts.